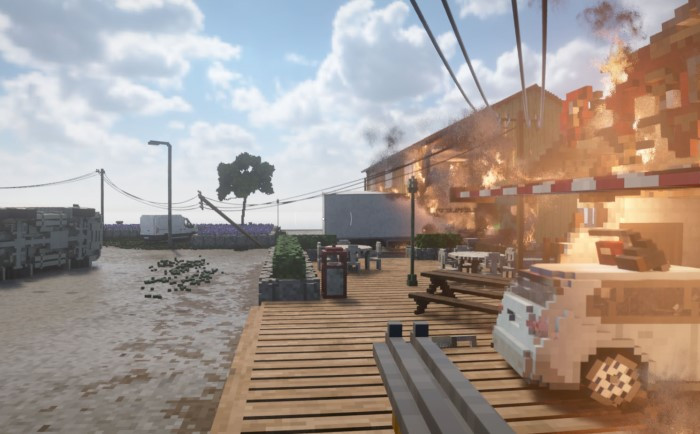 Hello brick breakers!
Today we released the 0.5.5 version of Teardown on the main Steam branch (The one you have by default if you haven't been messing around with the experimental branch)

New for this release is:
Performance and AMD optimizations
Dennis and Ludde have spent some time deep inside the engine code to increase the the overall performance! This gives a quite significant boost when there is a lot of destruction going on. There are also specific optimizations for AMD graphics cards, where performance now matches similar Nvidia cards.

Drive To Survive
A new built-in mod where you must race your car through the roads by the Löckelle Golf Club before the time runs out or a bomb will blow your car to pieces (and most likely you too)! This mod was previously available on the experimental branch and has got a few updates: